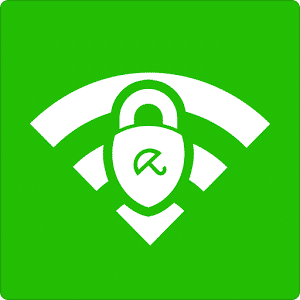 Most of us associate the name Avira with the well-known anti-virus software. But did you know that it also has an associated one VPN gives? One would think that this, Avira Phantom VPN, should offer great protection. After all, he comes from the Avira family. Unfortunately we have to go to our Avira Phantom VPN But test say: Here is something gone wrong ...

Our conclusion on the Avira Phantom test report

Like our Avira Phantom VPN Test report shows that the provider has massive weaknesses. First and foremost with regard to the essential topic of privacy - data is collected, passed on, etc. Mass surveillance, espionage and the risk of warnings are available from Avira Phantom VPN on the agenda. Too bad, because we would have hoped for more from a virus protection provider. To be honest, the end result of our test has even shaken us up a bit ... We rarely issue an absolute warning to a provider. But with Avira Phantom we have no other choice than this absolutely not recommended! The VPN simply offers its users no advantage. And at an elevated price.

Avira Phantom VPN is available as a free version with 500 MB data limit / month as well as a Pro version. The nearly 8 Euro are located in the upper segment of the providers.

To be positively noted on this topic are the easy use and the German-language execution of the software. But here too there is a lack of security features: DNS leak protection, malware blocking, Windows leak protection, Killswitch, Firewall, WebRTV Leak protection, etc. are all not available. should that VPN the user is not warned and his data is already unencrypted, without him even knowing. Avira Phantom VPN can not be used on other devices such as routers.

About the lack of protection of Avira Phantom VPNAs for your privacy, we have now explained in detail our criticisms. But what about the performance of the provider? Of course, we also performed tests here, with very few users using the servers at the time of the test. There were no breaks and the delays and measured speeds are average. However, it was absolutely unclear whether encryption of our data took place at all! There is no control here!

What do you expect from one? VPN? Privacy, privacy and anonymity are certainly synonymous with you at the top of the "wish list". All the more terrifying that Avira with his Avira Phantom VPN completely missed these three goals and on the contrary represents a threat to your privacy! In a nutshell, our test has revealed that Avira Phantom VPN shares your personal data, works with authorities, uses virtual servers without protection against surveillance and is unsuitable for torrenting. We do not just say that, but there are facts behind it!

Data is transmitted to Avira - without request from the user!

Although the data protection instructions do not clearly state this or the declaration is inadequate, BUT: As soon as Avira Phantom is installed on a device, specific device data is transmitted to Avira (including the user name used to log in to the device, IP address, Operating system etc.). That is, the control over your own data are gone. Even after uninstalling the free version of the VPN the data will remain with Avira!
Absolute no-go for one VPN-Provider!

This transmission of user data to other databases, without asking the user, is for one VPNOperator completely unacceptable. For Avira, it is of course practical, because the user data can be the same time to promote or sell wonderful products. Why not order the right firewall, antivirus etc. ... So you become a data provider for a company that actually sells itself as a protector of your data!

The rental servers used are vulnerable to surveillance

This careless handling of user data prompted us to take a closer look at the servers used by Avira Phantom: The servers we checked for this were all rental servers. Behind these are well-known hosts, who have already released user data in the past when they asked for information from the authorities, or who had to do so. So you are absolutely not protected against surveillance and warnings etc.! Such requests directly to the hoster usually even go past Avira, and the provider has no control over them logfiles.

Torrent is not prohibited according to Avira. That does not mean that it is recommended. Because if you as a user accidentally create a copyrighted work downloadest, your data will be shared on request and you may be victim of warnings. Of course you can not ask for one VPN covers illegal actions. But somehow there is no protection of the user and his privacy at all. And that's not what it should be, if you agree VPN guaranteed! There are certainly providers who protect their users and do not share data. Of course, it must be said that Avira's location in Germany has a problem due to the legal situation.

Use on the router

We do not recommend using this service when traveling. You could just as well without it VPN travel abroad.

The service cannot score with customer support either. There is no live chat. Lots VPNVendors nowadays offer live chat to solve problems quickly and with little effort. That is really very advantageous. As explained above, it is a very small amount of concentrated sourdough, a small power chamber, with which you can bake a new bread without having to wait days for your sourdough to ripen. The leaven is stored in the refrigerator and is waiting to be activated. With a very small part of it a new sourdough is "inoculated". It needs only XNUMX-XNUMX hours - instead of XNUMX to XNUMX days - to be ready for baking a bread. Since a little part of this mini sourdough is always retained and stored in the fridge, the new sourdough can be used completely to bake a bread. From the mixture in the fridge a new sourdough can be made at any time. Now you are going to learn VPN can benefit a lot, but unfortunately Avira doesn't do anything.

FRITZbox VPN set up the possibilities. Many have a FRITZ Box from AVM at home today, these devices also offer ...
Instructions, Info & Tips

Your Fritzbox with VPN connect. What you need to know about it! Help.

fritzbox VPN: The AVM Fritzbox is one of the best known and most used internet access routers in Germany. AVM has as a German ...
Info & Tips

Current and current offers from VPN I have compiled services here. You can also use it for your preferred ...
Info & Tips, News

instructions: VPN use with ASUS wireless router. Step by step!

Many of my readers want the benefits of VPN Use services directly on the router. This guide should help you with this. VPN .
Instructions, Info & Tips

Best torrent sites in 2020 - our comparison

Torrent or file sharing is very popular. Files and content are exchanged on the Internet by different users. To ...
General

OVPN - The fastest VPN from all tests

OVPN - the fastest VPN Service from our tests OVPN is a service from Sweden, which is a ...
VPN Provider test reports