Downloading films for personal use is permitted. Of course it is illegal and immoral, but you will not be punished for it.

However, you are not allowed to upload films, you will face a penalty. Any license agreement that you have not accepted states that distribution of this content is prohibited because of the violation of copyright and other rights. This is irrelevant if you only download the films or watch them online, for example with video services. Even if you get caught, there are no consequences. And because it doesn't make sense, no one will catch you. But torrent networks are based on the principle of simultaneous distribution: As you download a file from the network, you yourself become the provider of this file. And you will be punished for the illegal distribution of material that is subject to copyright.

Your provider is not watching you

Your provider is not watching you - it makes no sense and is quite difficult. Imagine what network traffic millions of users cause in one evening. What your provider sees to the maximum is the type of network traffic, and they may be able to guess that they resemble a torrent. He only does this to limit the speed as it says in your contract. A detailed analysis, such as For example, the Internet provider does not make the content of the network traffic, film titles, or whether the material is legal, because it is much more difficult and expensive. In addition, most torrent traffic is encrypted (са. 70-80%). To see the content of encrypted network traffic, you not only need very expensive technology, but also entire super clusters! 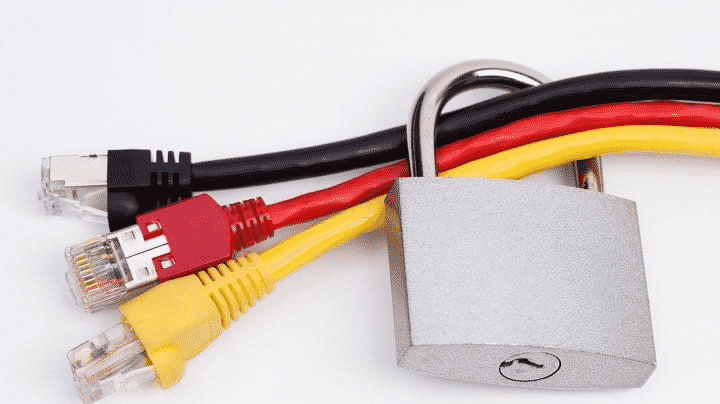 You will be caught by the so-called warning firms, which specialize in the subject of piracy. The warning lawyers are not very interested in copyrights, they are more concerned with intimidating torrent users and pulling the money out of their pockets. Because the lawyers usually get more than half of the profits from punishments. It is a very profitable business model.

These law firms, either themselves or with the help of their partners, who have offices outside of Germany, track all films in torrent networks that are particularly popular or have recently been released. You download these torrents yourself (!) And note down the providers' IP addresses.

They pass on the IP addresses of the German providers to the law firms, which then open the case. Non-German IP addresses are ignored because this complicates the legal process: different countries, different laws.

The warning lawyers ask the providers to provide them with the IP addresses. The reason: The users mentioned have violated the law and put the pirated copies online. The legality of such applications is said to be very controversial. But the Internet providers release this data.

Then these law firms start blackmailing you: Dear Mr. X, Dear Mrs. Y, you downloaded this film on the day mentioned. Here is the evidence: Screenshots with your IP address - which God knows got into your hands, but the court will believe them - so please pay a fine of 1000 euros. If you ignore the first warning, there is a 20% discount the second time. At the third warning there is a surcharge - “If you don't want to hear, you have to feel that we have costs after all” The case can only come to court after the 4th - 5th warning.

This extortion can take a year or two. In the end, however, there is a solid amount of legal costs that you have to pay in addition to the penalty. These penalties are not set by law, there are no standards. It's just a business model for private companies. The amounts depend on the appetite of the studios (approx. 100-300 euros / film) and the lawyers (600-900 euros / film). It's not personal. It's all about business. That means you can negotiate the price (by measure and number)

BUT: If you answer and also say indirectly, yes, there was an incident, how could I reduce the amount - this is self-declaration and there is no going back.

How to protect yourself

It is better to contact lawyers who specialize in disputes with such anti-piracy lawyers. Your lawyer could decide the situation in your favor. He will use spongy phrases in his letters, such as "my client does not acknowledge his debt with this letter, but could you specify how the amount of the claim could be reduced." The lawyer will cost you around 300-500 euros per film or case.

do not get caught

Another way is VPNTo use services, On VPN-Service allows you to anonymize your online activities. Depending on the provider, it costs around 2-8 euros per month. So you can choose your location outside of Germany and without stress torrents download.